How the quiet corners of a boom town can ratchet up, represent, and keep it real.

San Francisco’s Portola District has had many nicknames in its 150 year history. In the 20’s it was the City’s garden district – today the one that sticks is “the best neighborhood you’ve never heard of.” So describes Portola Neighborhood Association’s Corridor Manager Jack Tse.

Jack is clearly in love with this undercelebrated part of town, right down to his exclusive PORTOLA tee-shirt. Like the waves of Portolans before him, Jack is not a native San Franciscan. He hails from Western Australia (and boy does he have advice for our drought), and, after landing in the Mission, discovered the Portola completely by accident.

“We’re obscure because of the 280 and 101 convergence – it creates a natural barrier,” he explains. The Portola’s a hike from BART…even a navigable bike route is hard to come by. But Jack argues that the obscurity works in the neighborhood’s favor – “it’s created a microcosm of culture….the world in a nutshell,” and preserves an “authentic feeling of San Francisco that people seem to miss.”

Jack and a PNA colleague met with AFHSanFrancisco Chapter last Wednesday to catch up. It’s been a year now since the Burrows Pocket Park, which began as a Chapter project years ago, rounded out its Lincoln-backed Phase 2. What the Chapter (and chiefly architect Reaz Hacque) first delivered in the form of a rendering-turned-City-funded renovation of a neglected dead end, Lincoln doubled down on by sponsoring permeable pavement, street trees, seating, and a gorgeous mural. Simultaneously, a Four Barrel coffee shop opened in last building on the block.

“Burrows is kind of a hub for the Portola now. It’s used really well, inspires positivity, and grabs people off the street!” Jack noted how the dead end that once only hosted a pile of broken toilets and discarded drug paraphernalia, is regularly blocked off for weekend events. On two occasions last Summer the park drew about 1,000 to watch the 2014 World Cup on a giant screen.

“We see it as a living entity. We want people to make it their own – plan events, add stuff to it.” A nearby school has plans to install a lending library. One day Jack spotted an action figure planted among the boulders and palm trees on the park’s berm. One thing he hasn’t seen any contributions of: graffiti, or negative energy of any kind. 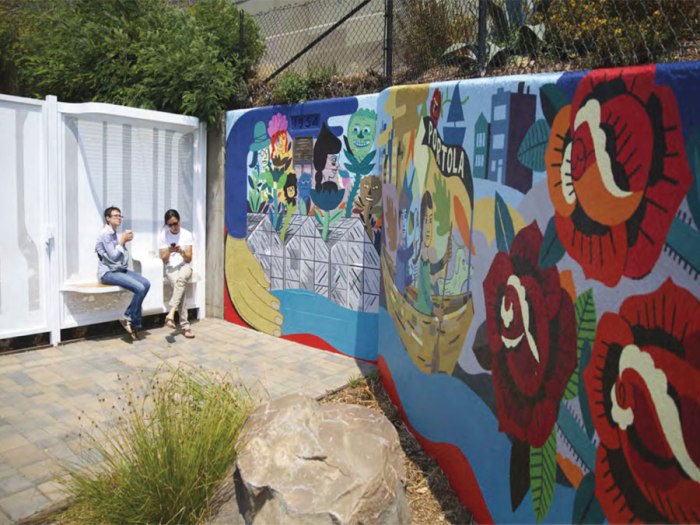 There are four similar cul-de-sacs running East of San Bruno Avenue into the 101 Freeway. Burrows having been successfully converted into a public space and stormwater mitigator, the neighborhood has set its sights now on Thornton Street one block north. Local landmark diner Breakfast at Tiffany’s on the corner has recently reopened, and not spared a moment re-attracting its brunch lines; across the street, Silver Produce counts itself among San Bruno’s busiest grocers. Narrower than Burrows, Thornton still wields enough space to reactivate as a public resource.

A cautiously-design public resource, to be sure. Parking is always a concern, so any use programming would have to stay on the “pop up/weekend” end of the spectrum. Caltrans won’t allow structures to be built on the Freeway easement (they’re fine with trees and boulders). But this will be the second time the Portola approaches Caltrans and other stakeholders with plans – they are a “known quantity.” Jack can point to their receipt of a City Challenge Grant for Burrows, and to the lunch meeting he had with Mayor Lee the other month – at Breakfast at Tiffany’s. The City is on board to support the Portola, and it’s up to the Portola to assemble an attractive package for their proposal.

This is one way a pro bono design project is born. A compelling rendering or two breathe life into ideas – and few people understand this better than architects. The association would then carve out time in a regularly-scheduled meeting, draws 80 neighbors, to conceptually build from the renderings. 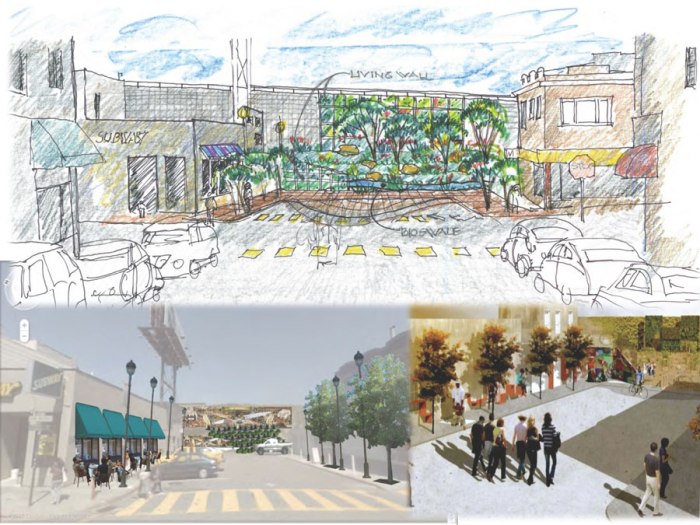 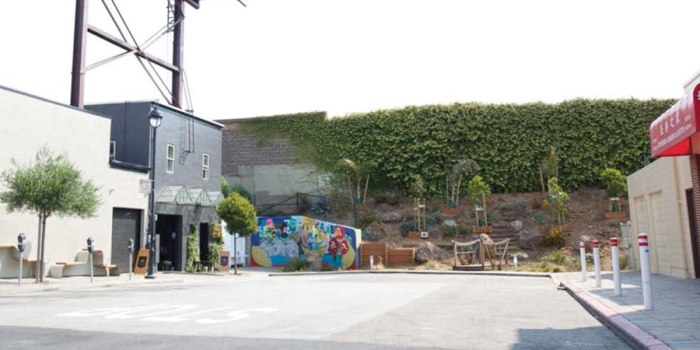 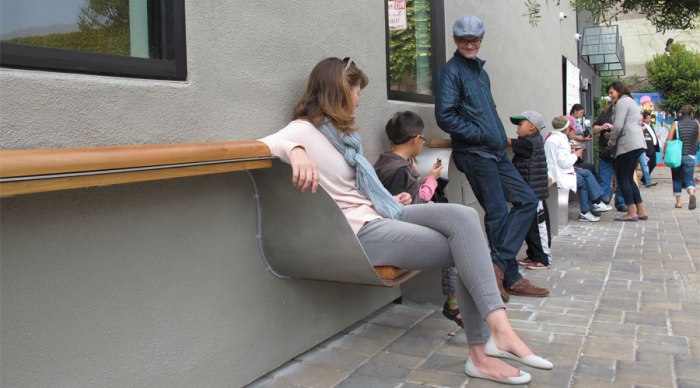 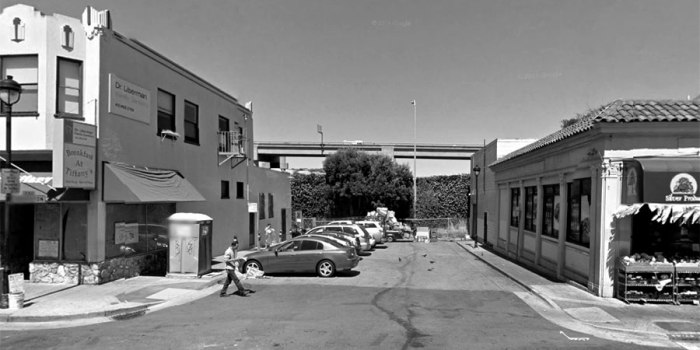 Will Thornton be the Portola’s next pocket park?